Posted on January 12, 2017 by CatrinaTravels

Monday marked fifteen years since the death of my mother. In that strange bifurcated way that one perceives personal events, it seems like she has been gone forever, but also like she departed only yesterday. For years after she died, I dreamed that she had wandered off on some kind of junket. Our family searched for her in vain. In one vivid dream, Mom walked into our family home carrying a small briefcase and wearing a non-descript coat. We greeted her with joy leavened by consternation. I grabbed her hands and demanded, “where have you been? How could you have left us for so long?” She replied in a stern, no-nonsense tone, very unlike the real her, “I had other things I needed to do.” Dreams of her have faded, yet I can still hear her laugh, feel her soft hands, see the sparkle in her eyes.

My mother had just recuperated from multiple surgeries for oral cancer, when a sudden onset of severe heartburn prompted her to visit yet another doctor. Tests revealed that this non-smoking, tee-totaler had esophageal cancer. After a long recovery from the surgery to remove the tumor, Mom’s life returned to normal for some months. We all pretended to ourselves that her fine surgeon had eradicated all of the cancer. The reality was that her disease was far advanced by the time she had surgery and there was no way she would survive for long. But, we ignored that fact and continued to live as if she would be with us for many years.

Mom did live long enough to meet two more of my grandchildren, boy cousins born three days apart in August. By the beginning of November, our fantasy of many more years with Mom was coming unspun. The entire family including her favorite sister and all three of my grandchildren gathered at my parent’s home for Thanksgiving. Some of my most precious memories are of Mom and Aunt Ellen holding and bouncing the baby boys.

Within a few days after our family celebration, Mom agreed it was time for hospice. Visiting nurses came and went, checking vitals, ordering increased dosages of the pain-killing drugs she now needed, counseling all of us on what to expect. My father veered between anxiety about Mom’s diminished appetite and free-floating anger at everyone within earshot especially me. I saved my tears for the drive to and from work. Mom asked for help cleaning out her closet. “I won’t need these large-size tops and pants this spring. I’ll have to get a whole new wardrobe.” To me, at least, she displayed an unquenchable optimism. Somehow she would beat the cancer.

Just after Christmas Mom fell and broke her hip. As our family doctor put it, “the fall was just another stage of her cancer.” An eager young bone surgeon prepped to perform a hip replacement. With the counsel of the middle-aged anesthesiologist who recognized the brevity of Mom’s life at this point, we suggested that pinning the hip to alleviate her pain made more sense. Mom surprised everyone by surviving the surgery. Within a day or two she was sitting in a chair, forcing herself to eat so she could go home, joking with her son-in-law and grandson, flirting with the doctors.

Despite the successful hip surgery, Mom soon slipped into a coma. We had her moved to a large private room with a sofa-bed for family sleepovers. Family members, including our son and his breast-feeding wife and one of our best friends became her guardians. We made sure she was never alone. My sister and I worked with hospice and they worked with the orthopedic staff to manage her medications and hydration. I was desperate to get her home and tried every tactic I could with the doctors, but she was too fragile to travel in an ambulance.

The night my mother died, my husband Bill and I were her guardians. Mom had not spoken for several days, nor opened her eyes. She no longer squeezed back when I squeezed her hand. In the middle of the night, Bill and I stood at either side of her bed and watched her chest rise and fall. We stroked her hair and assured her that if it was her time to go, the family would be okay after a time. I knelt by her side for a long while, holding her hand, thinking about the thirty-some hours of labor she endured bringing me into the world. At last, exhaustion drove me to the sofa-bed. Bill joined me a little later.

At about 3:30 in the morning, Bill awoke to a rustling sound. A nurse held a stethoscope on my mother’s chest. Bill shook me out of a deep sleep. As we struggled off the bed, the nurse turned to us and whispered, “she’s passed.” I was stunned. Mom had been breathing quietly when I laid down…less then twenty minutes before. It was so like my very private mother to wait until Bill and I were asleep before drawing her last breath.

Bill pulled on his coat and rushed out of the room to carry the news to Dad, leaving me alone with my mother. I grabbed her now-cool hand and wished for her to come back to me, not for just an instant; I wanted her back forever. Fifteen years later, I still feel that way. 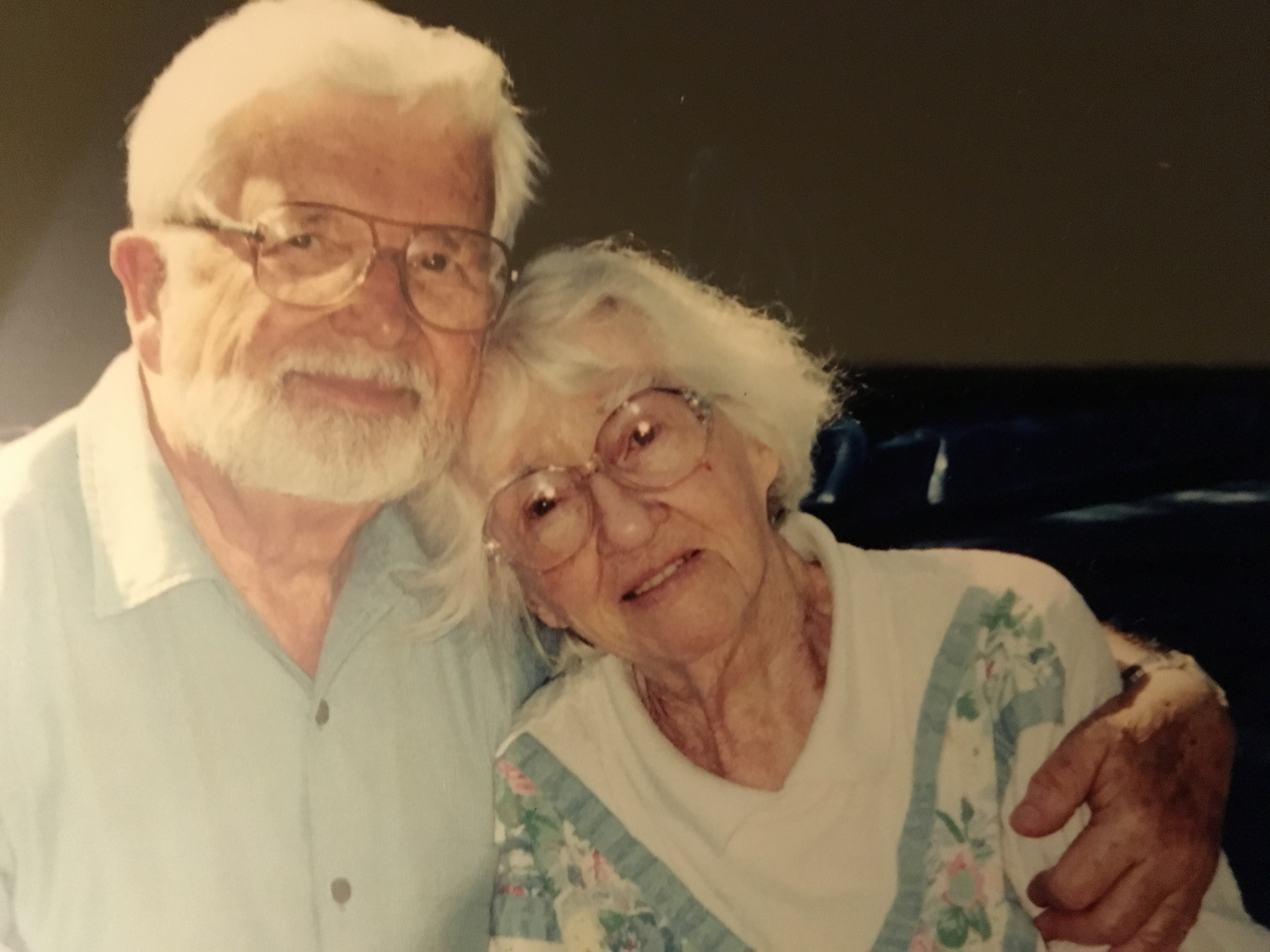 I'm a writer and artist with a yen to see as much of the world as possible. After twenty years exploring cities and countryside in much of Europe, I added New Zealand, Australia, and Central and South America to my travel history. Next up is Morocco along with Portugal and Spain. After that? Stay tuned.
View all posts by CatrinaTravels →
This entry was posted in Uncategorized. Bookmark the permalink.